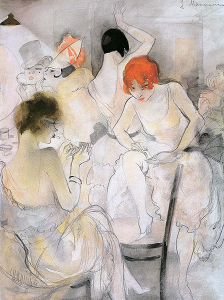 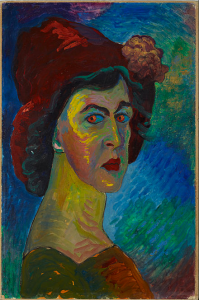 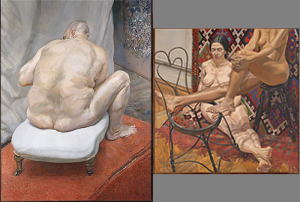 hyperreal with its imperfections, while Pearlstein’s skin looks hard like porcelain. Did the MET juxtapose these paintings on purpose or did it happen serendipitously?

Photos are only available at a too low resolutions to appreciate these two oil paintings. Visit the MET to grasp the different views of human skin.