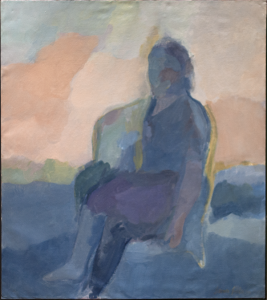 At  Wayne State University, Plum met Robert Wilbert, a major figure of Detroit’s creative art community. Milton Avery was another source of inspiration since, in the Fifties,  Avery’s paintings were sold at the Donald Morris Gallery in Detroit. In Florida, Plum took a workshop with Janet Fish. Traveling internationally with his wife, Plum visited the  Giorgio Morandi museum in Bologna Italy. 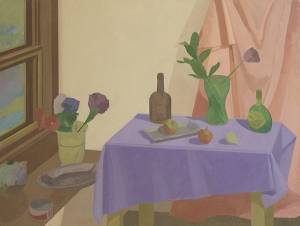 Like Morandi, Plum had a number of artifacts that he rearranged for his still lifes. 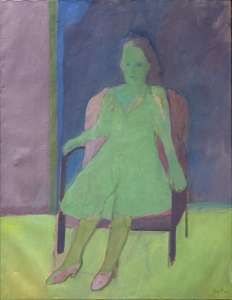 Together with his wife, Nancy Plum, Jens made a treasured contribution to the vibrant Lansing area art community.

The first and third picture shown here were captured by me with Nancy Plum’s permission in her late husband’s studio. The second picture came from a photo collection of Jens Plum’s paintings that Nancy made available to me.

Nancy Plum said: “I am  a studio potter who works in stoneware and porcelain. Making pots is a way of life for me, as I attempt to capture a spirit that lies beyond their function.” 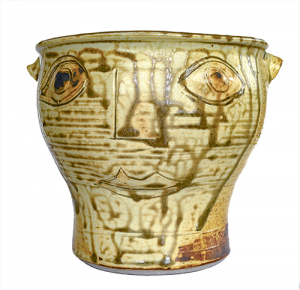 Nancy Manes Plum (1932-2019) grew up in Providence, RI, and went to Antioch College, OH.  During a summer workshop at the Black Mountain College, NC (1953),  Peter Voulkos, Warren MacKenzie  and Daniel Rhodes  introduced her to ceramics which proved to be  formative to her career choice.

Until 1956, Plum studied ceramics at Cranbrook Academy of Art, MI with  Marguerite Wildenhain and Takakazu Takeuchi. In 1957, she spent a year at Mills College, CA on a teaching fellowship with Tony Prieto as her mentor.

The same year, she was awarded Fulbright fellowship which she declined and instead joined the faculty at the New Mexico Highlands University, Las Vegas, NM to teach ceramics and weaving.

In 1960, Plum went back to Michigan to join her husband, the painter Jens Plum, professor at Michigan State University. Nancy Plum  taught at pottery guilds, first in Ann Arbor and then in Lansing.

Nancy’s ceramics shown here are part of my own collection.

Nancy was a member of the vibrant artist community surrounding her. With her knowledge of the visual arts – ceramics, sculpture and painting – Nancy  had been a mentor to me.

Epitaph by Mark Chatterley:  I considered Nancy the treasure for the community. She was an elegant lady who transferred her personality into clay. 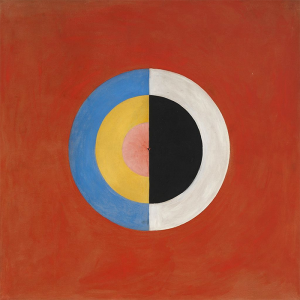 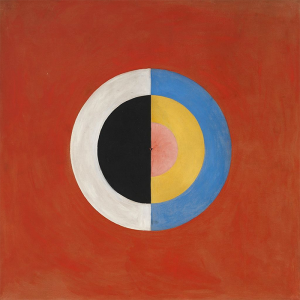 (1) “On 3 December 1599, Cardinal Nino de Guevara was appointed Grand Inquisitor of Spain. During his tenure as Grand Inquisitor, the Spanish Inquisition burned 240 heretics, plus 96 in effigy. 1,628 other individuals were found guilty and subjected to lesser penalties.”

(2) “The painting is notable for the novel way in which the artist synthesized the two aspects of Saint Jerome, the scholarly and the ascetic.”

(3) ” Beckmann was proud of this portrait, describing it as “great” and counting it among his “major works,” but he never identified the sitter. He referred to her only as “an old actress,” or “the old lady.” 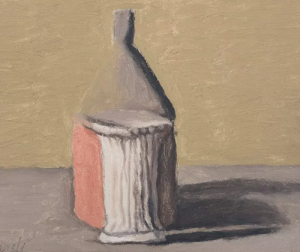 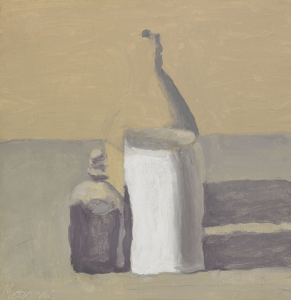 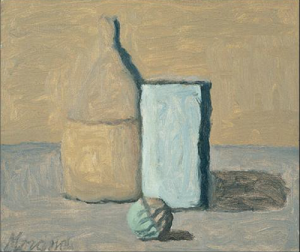 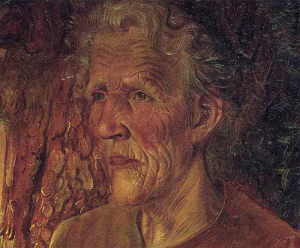